A fun short story though it left me with more than one unanswered question.
Tweet

The Spontaneous Healing of Belief 4-CD set: Shattering the Paradigm of False Limits

Interesting ideas, presented in an entertain way. This book is worth re-reading and contemplating, regardless of your state of agreement or disagreement. At the last track/chapter you'll find a very convenient list of what the author refers to as rules, which are essentially the main points of this book.
I would suggest a printed or electronic copy rather than an audio book. In this way you can easily return to parts that interest you and skip what you probably have heard and read ten thousand times like: Roger Bannister breaking the four-minute mile record.
Tweet

1.5 stars
If this story had been written by a 13 year old and posted on a fiction site, I might have rated it as 2 or 2.5 stars, but I expect much more from a book I pay for!
To begin with the amount of typos, missing words and grammatical mistakes was ridiculous. Next, on a couple of occasions, the author forgot to change the names in the copied and pasted parts and on one occasion she makes a mistake whilst changing them. Then there are those sex scenes which were 90 percent copied and pasted from somewhere else. Just run a search on each individual sentence and see for yourself. And then she gets her facts mixed up, The great flying fox, like all Old World fruit bats, lacks the ability to echo locate but compensates for it with well-developed eyesight. Further more, as a psychological fact, people who are sensitive to swearing and use of proper language and manners don't have laud sex in close proximity of other people. That kind of behavior simply requires other personality traits. And finally Ricky's ignorance of scientific facts which are common knowledge, his manner of speaking and his ultra simple vocabulary belie his supposedly high IQ.
This review has gotten too long so I skip the less obvious problems of this book.
Tweet

The Voice of Knowledge: A Practical Guide to Inner Peace This wasn't my cup of tea. I found it extremely repetitive, filled with religious references which didn't made much sense to me and with the exception of a few sentences lacking useful content.
Tweet

Drawings: 4 stars
The story itself: 1star
The pictures are sure charming for both kids and adults but the story feeds the kids wrong information as what the author calls trolls have absolutely no resemblance to the trolls in the northern mythology.
Tweet

The Law of Attraction Geld

Warning: this book is not everybody's cup of tea. Esther & Jerry Hicks' works are what you might call metaphysical, esoteric, New Age or spirituality depending on your perception of these concepts.
In this book Ester and Jerry Hicks offer many interesting theories worth contemplating, which leave the reader, or in this case the listener, with pleasant positive feelings. 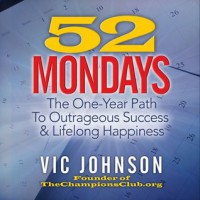 Some of the suggestions in this book is are useful and can be applied by anybody. Actually some of the suggestions from one week or other are integrated parts of most people's life . Then are those suggestion that sound logical but are either use less or impractical, especially outside the united states or cannot be implemented by people from all walks of life.
Some readers might find the way these suggestions are presented not helpful. The author suggests some actions for each week in a specific order that might not suiteverybody's goal.
I found out that the audio version doesn't work for me. It is hard to go back to the useful points if you don't know the track number. I guess that I would have found a printed or electronic copy more beneficial.
All in all it isn't a great book but it is worth reading once. I would suggest borrowing it from a library and writing the points of interest down.
Tweet Warning: sensitive kids might burst into tears whilst you are reading this story to them.
From an adult point of view this book has beautiful pictures, is easy to understand and has a happy ending. But it seems children take the story more seriously, so if you reading it to a larger group of kids, be prepared for some of them to start crying during the story, and not necessarily at the same time!
Tweet

A Bad Case of Stripes In my view this book, although well written and meaningful, is not really suitable for 4 - 6 year old kids which are included in the suggested age range for this book.
This story somehow feels like a horror story. Creepy and frightening ! and at the same time it emphasizes on some aspects of the social pressure on kids, which might not be an entirely clear concept for 4 year old kids. That said, it might give older kids something to contemplate and satisfy their need for creepy stories, without giving them nightmares. This Dr. Seuss story is surprisingly good. Among the rhyming phrases and words, there are some pearls of wisdom and a deep meaningful story. I'm pleasantly surprised.
Tweet

Oh, the Thinks You Can Think! So far this Dr. Seuss' worst work,I have ever encountered. Most of the phrases didn't rhyme and it was simply boring.
Tweet

There's a Wocket in my Pocket Dr. Seuss Collector's Edition

A lot of nonsense but at least the words rhyme and there is something resembling a story. It is more suitable for kindergarten kids than beginning readers.
Tweet

Heart of the Dragon Warning for Jordan L. Hawk's fans: This is not a real story but rather a PWP. So if you are looking for a short story by this author, this book is not for you.
But if you don't mind PWPs then you might have fun or even enjoy reading it.
Tweet

In the German audio book version, the narrator is a good reader but his voice isn't that great.
That aside, half of the book consists of points repeated time and again in these type of books and the other half is simply a matter of the author's opinion, and he tends to forget that one man's meat is another man's poison.
For me this book had nothing new, but a lot to disagree with.
Tweet

Ashes to Ashes and Cinder to Cinder Too many typos and missing words, and sentences that didn't quite make sense. This book really needs editing.
The prologue was rather interesting and relatively well written, the story itself was not.
I cannot say that is was horribly bad, if I ignore the editing problems, but it wasn't a fun read either.
Tweet

The Consumption of Magic
T.J. Klune